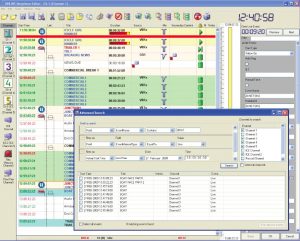 After 5 years of continuous service the automated transmission system for the 12 northern regions of ITV1 and all of ITV2, ITV3 and ITV4 have been upgraded by Media IP Networks using Snell’s (now SAM) Morpheus product line. An emphasis has been placed on deployment of native ICE content engines and processors to replace 3rd party GVG K2s and Maestro mixers.

The new system now runs alongside the old with simultaneous transmission of content on both systems until the remaining issues with additional services like Audio Description, multiple audios, EPG notes etc are eliminated. At that time the old system will be decommissioned by Ericsson, the contracted network services provider. Content and commercials are replicated from the southern centre in Chiswick Park and run independently to provide resilience and local branding. Disaster recovery of the south for the north and vice versa is also provided by the expansive and scaleable real-time services running over high performance and resilient IP networks.

Media IP Networks worked under the guidance of Citrus Networks Ltd, based in London and working with SAM in the Ericsson facility in Chiswick Park.

The system has now been handed over to senior engineers in Ericsson in Leeds and they anticipate a migration to the new system in time for the live Rugby World Cup later this year across all ITV1 regions and ITV4. The commercials around live rugby are considered amongst the most lucrative for ITV, there is no margin for error in their delivery through the new Morpheus system in NTC.

“Have you ever had a dream, Neo, that you were so sure was real? What if you were unable to wake from that dream? How would you know the difference between the dream world and the real world?”

“This is your last chance. After this, there is no turning back. You take the blue pill – the story ends, you wake up in your bed and believe whatever you want to believe. You take the red pill – you stay in Wonderland and I show you how deep the rabbit-hole goes.”